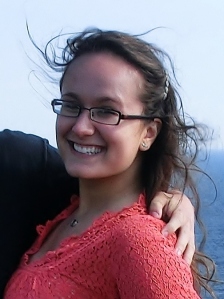 If ever there has been a true “coming-full-circle” moment in my life, I experienced it while volunteering as a Group Leader at QuestBridge’s recent College Prep Scholarship National College Admissions Conference. I had graduated from Princeton University just weeks before flying out to the conference at Northwestern University, and my head was filled with the typical thoughts of a postgraduate life (like actually figuring out what this whole LinkedIn business is really all about…). But, during the course of my weekend in Evanston, I found myself facing someone I hadn’t really been planning on seeing: my 17-year-old self.

She looked at me through the eyes of the bold young woman who catapulted the unwieldy“so-what-did-you-get-on-your-SAT?” question my way just moments after meeting me. She was polished, articulate, and friendly, yet I couldn’t help but sense the ripples of stress hiding below the surface as she talked with someone who had successfully gone through the process she was just about to enter.

The ripples were easy to recognize. I still bore the marks of the stress that had radiated through me back when the things in my life felt uncertain in an uncontrollable kind of way, as I waded through all of the letters and e-mails that promised I had the whole world at my fingertips — if I could just somehow strike the right chord with an unknown admissions officer out there. A pretty big “if” in the mind of a teenager.

The anxiety over test scores, extracurricular engagement, and getting that opening sentence of my college essay to resonate just right were the worries beating a steady tattoo in the minds of the College Prep Scholars who had chosen to dedicate that summer Saturday to auditoriums, boxed lunches, and financial aid powerpoints in hopes of bettering their futures. Just as I was during the summer and fall of my senior year of high school, they were concerned with checking all the right boxes and jumping through all the right hoops — while trying to make the process seem effortless, like second-nature to those so precocious and well-suited to college life as they were.

In talking with the Scholars, I became very well reacquainted with the idea of my 17-year-old self, but I could not longer truly connect with her. Something fundamental had changed; we were quite simply no longer the same person. The 22-year-old had stopped thinking of herself as a list of accomplishments or numbers on a page. She had fallen out of love with the idea of being“successful”and moved on to thoughts of what it meant to be happy and balanced and good to the people around her. The ripples she felt these days were ones of excitement and the electricity of being young — not ones of stress.

What she had learned at college was that, in contrast to high school, life was no longer about being quantifiably great. It was about finding that subject or idea or author that made you too excited to sleep. It was about being surrounded with people so quirky, passionate, and alive that they made you better than you ever were when you were “the best” in high school. It was about becoming the flesh-and-blood embodiment of the person you were on paper.

I tried to convey these ideas to the students around me as best I could, but I don’t know if I was successful — it was a hard-won sense of purpose and confidence I had gained through my years of college, one that becomes somehow diluted and hackneyed when I try to put it into words. But I still want to reassure the girl who asked me about my SAT score, as well as every rising senior out there and probably 17-year-old me as well, that the stress she is facing will be well worth it in the end. The hard work and hours she spends on furthering her education now are just the dues she has to pay for a full, rich college experience. I am so proud of the effort and passion I saw among the College Prep Scholars I met in June, and I know that big things are in store for them.

And I would be lying if I said that a part of me didn’t want to do it all over again, even the hard parts. I want to pick up that course catalogue again, exchange cautiously-eager Facebook messages with my soon-to-be roommate, and dream about all of the people I could potentially become. I haven’t yet stopped the dreaming part yet, but the experience of being at the conference helped me see that that stage of my life had come to a close, partly to make way for new adventures ahead.

In the end, I am still that 17-year-old jumping through hoops. Not everything has changed, and I might be wired on some fundamental level to always be that way to some extent. But I’d like to think that, more and more, the choice of precisely which hoops to jump through is becoming uniquely my own.