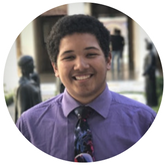 Last year, Josiah Gouker applied to the College Prep Scholars Program and received a full scholarship to a summer program at the University of Chicago. Over the course of his summer, Josiah got a feel for what it would be like to attend a top-tier university. The program affirmed his interest in public policy, which he will be pursuing at Princeton University next year as a National College Match Scholarship Recipient. We spoke with Josiah to learn more!

Why did you decide to apply to the College Prep Scholars Program?

I first heard about the QuestBridge College Prep Scholars Program from the high school counseling secretary, who constantly updates other students and me with the latest academic opportunities. At first, I was not sure of the purpose of the program, but after more research into how QuestBridge would be able to help me and how the College Prep Scholars Program would prepare me for the National College Match process, I decided to apply.

END_OF_DOCUMENT_TOKEN_TO_BE_REPLACED 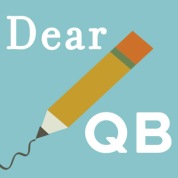 If you have already received your financial aid package, you may have seen the term “Summer Work Contribution,” which is a common component of financial aid. This is the amount of money you are expected to save this upcoming summer to bring with you to college.

Why is this so important? Well, this money is your responsibility to earn. Be sure to arrive on campus with this money on hand or else you will be short during the year. Here are a few tips to make sure you stay on track to earn your summer work contribution: END_OF_DOCUMENT_TOKEN_TO_BE_REPLACED

Last year, Sisam Bhandari applied to the College Prep Scholars Program and received a full scholarship to a summer program through the Quest for Excellence Arts Award. During her summer at the Rhode Island School of Design, Sisam was challenged to think of both her art and her interests in exciting new ways. We spoke with Sisam to learn more!

How did you initially learn about the Quest for Excellence Arts Award, and why did you decide to apply?

I was a QuestBridge College Prep Scholar and heard about the Quest for Excellence Arts Award through the QuestBridge application, QuestBridge emails, and also through other students in a Facebook group.

Leading up to the program, what were you most excited about?

I was most excited to experience the “college experience”—  living with a roommate, making new friends, and working tirelessly to learn about something I was very passionate about. END_OF_DOCUMENT_TOKEN_TO_BE_REPLACED

Whether it’s during high school visits in the fall, at college fairs, or in our office, one of the most frequent topics of conversation I have with students is college fit. During the National College Admissions Conference, you’ll not only have a chance to sit down with real admissions officers and discuss college fit, you’ll get to see how questions of fit work while you visit a college campus in-person. END_OF_DOCUMENT_TOKEN_TO_BE_REPLACED

When Paty Calderon applied to the College Prep Scholars Program last year, she received a full scholarship to a summer program through the Quest for Excellence STEM Award that took her on an amazing journey of discovery and learning in the Bahamas. Read Paty’s story below!

Upon researching the QuestBridge summer programs awarded to College Prep Scholars, I was amazed by the opportunity of researching with the Island School in the Bahamas. I have always been very passionate about the environment and how marine life is affected by human actions, so the Island School was the perfect place for me to engage and learn with my surroundings through important research I really cared about. END_OF_DOCUMENT_TOKEN_TO_BE_REPLACED

This summer Irina Gavrilova (Yale ’17) spent time in Dublin, Ireland, studying the role of Irish theatre in shaping the country’s conception of nationhood. With the #WakingTheFeminists movement for gender equality in Irish theatre as her case study, Irina spent a month in Dublin researching and interviewing students, artists, managers, and designers to learn more about this unique intersection between art and politics.

As a theatre director with a keen interest in politics, I am fascinated by the connection between the two, which I set out to investigate this summer. With a focus on the #WakingTheFeminists movement for gender equality in Irish theatre, the goal of my project was to make a case that knowledge and skills acquired through theatre can and do produce an impact on the political stage. The material I gathered during this project will serve as research for an original play I plan to present at Yale next spring.

Irish theatre and nationalism have gone hand in hand since before the country’s independence from Britain; the electrifying synergy between the theatre and its public inspired people to interrogate their national identity, initiating a struggle for independence. It has always been the place where, as scholar Martin Esslin puts it, the nation “thinks in front of itself”— a statement that rings especially true this year. END_OF_DOCUMENT_TOKEN_TO_BE_REPLACED

As an aspiring physician with an interest in health disparities, Mariely Garcia (Bowdoin ’17) cares deeply about making quality healthcare services and knowledge available to all people. This summer, Mariely received a Summer Service Grant from QuestBridge to work with a grassroots organization in the small Indian town of Gorubathan to put her passions into practice. 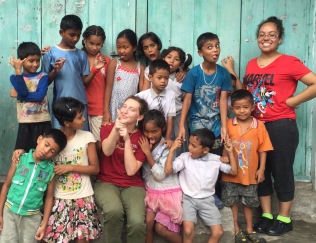 When I said the final goodbye to my mother before heading to the airport, I will admit that I started to panic. It was the kind of panic that sent my heart into total pandemonium, made me exceptionally fidgety, and brought a million doubts to mind. Sitting in the taxi, watching the familiar New York City skyline zoom past in the distance brought me to the realization that the next time I was on land, I would be on the other side of the world. END_OF_DOCUMENT_TOKEN_TO_BE_REPLACED

In summer 2016, Ryan Gourley (Brown ’17) received a Summer Service Grant from QuestBridge to pursue his project: Jazz behind the Iron Curtain: Preserving the Legacy of a Forgotten Generation of Musicians. Through his research, including visits to jazz hubs in the former USSR and Eastern Bloc, Ryan aimed to preserve the jazz music culture from this era while exploring his own interest in the topic.

The relationship between national identity, cultural identity, and musical practice pervaded my thoughts as I traversed my way through Western Russia, Azerbaijan, Georgia, Armenia, Ukraine, Poland, Latvia, and Lithuania this summer. My research had me in search of the remnants of a time when the production of jazz was a national issue; a time when an invisible iron curtain split the European continent between those who lived under red banners and those who did not. END_OF_DOCUMENT_TOKEN_TO_BE_REPLACED

Last summer, Ibironke Otusile (Wesleyan ’15) received a Summer Service Grant to contribute to both the research and grassroots education sides of the water crisis in Lagos, Nigeria. 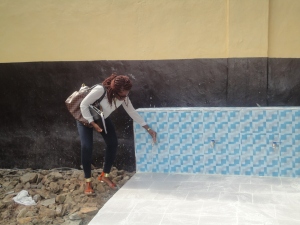 This past summer I traveled to Lagos, Nigeria, with so many expectations, but no idea how they would be fulfilled. I knew that there is a water crisis in Lagos, Nigeria, amongst other looming issues, and I was going there to contribute to finding a lasting solution. As part of my plans, I was going to lecture about water sanitation at a local school, while also working at the Lagos State Water Corporation and the Lagos State Environmental Protection Agency.
END_OF_DOCUMENT_TOKEN_TO_BE_REPLACED

Last summer, Joshua Jayasinghe (Penn ’16) received a Summer Service Grant from QuestBridge to travel to the Lamjung province in Nepal to work alongside the community to identify the best methods to improve the quality of antenatal care in the area. As a Nursing major, Joshua was able to learn firsthand from communities about health care in Nepal.
END_OF_DOCUMENT_TOKEN_TO_BE_REPLACED